As the social media landscape becomes more crowded in 2012, businesses will pick their battles and dig in. What used to be simply Facebook and Twitter is now Google+, LinkedIn, Facebook and Twitter (and who knows what’s next). On top of this, you have many specialty networks like Foursquare, Yelp and Instagram.

The old mantra of “be everywhere” will quickly be replaced with “be where it matters to our business.”

The major four players have all gone through massive changes in preparation for the battle for users. But don’t let a shiny new wrapping be the motivation to focus on social network A or B. Instead, it will be essential to focus where you’ll see results. And that may not necessarily be Facebook or Twitter for your business.

Have you picked your battle?

We’ve been nibbling around it for a while, but 2012 will be the year of the multimedia social network.

Photo- and video-based social interaction will grow. There is more meat on Instagram and Viddy and Tout than bun, and that enables the whole point of social networking—making and perpetuating connections and seeing the world through someone else’s eyes.

I don’t expect these services to dethrone Facebook, as many people simply are not comfortable with multimedia. But already you’re seeing power users reduce their Facebook (and Twitter) musings in favor of multimedia, where a picture (or video) speaks louder than 140 characters.

Given that the camera on your smartphone is almost as good as your actual camera, the multimedia-driven social networks are here to stay and will be an emerging force for brands in 2012, too.

Brands should move to agile marketing and real-time thinking. Gone are the days when it took 6 months to develop and launch a campaign or 5 days to answer a disgruntled customer.

Brands need to master the art of opportunistic marketing and the art of real-time response. To break through the online noise, they need to stand out with their creative thinking around capitalizing on current buzz and trends.

For that, brands need the right infrastructure and agile processes that will allow them to intuitively and immediately pick up on the marketing opportunities. They need agencies that can adapt, react and support them in real time as well. Brands need to be ready for real-time response.

I firmly believe that 2012 is the year most business start to turn the corner on embracing and understanding social media marketing and using it more strategically. We’ve had enough of the hippie, tree-hugger, Kumbaya nonsense and want to start using social media as a strategic business driver.

Now is the time. Businesses will start to show their chops in 2012.

The tree-hugging time is over. It’s time to focus on social strategy. 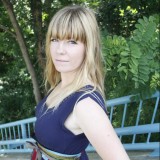 "Raquel is creative, talented, current, relevant and a very nice person to work with!"

DISCLOSURE: I’m an affiliate marketer with links to other online services providers or retailers. When you see an Ad or read what I’ve written, about a particular product like website hosting, if you click on those links and sign up or buy something, I may earn a commission from companies like GoDaddy, Bluehost and WP Engine.